After the weekend action, this is how the table looks like 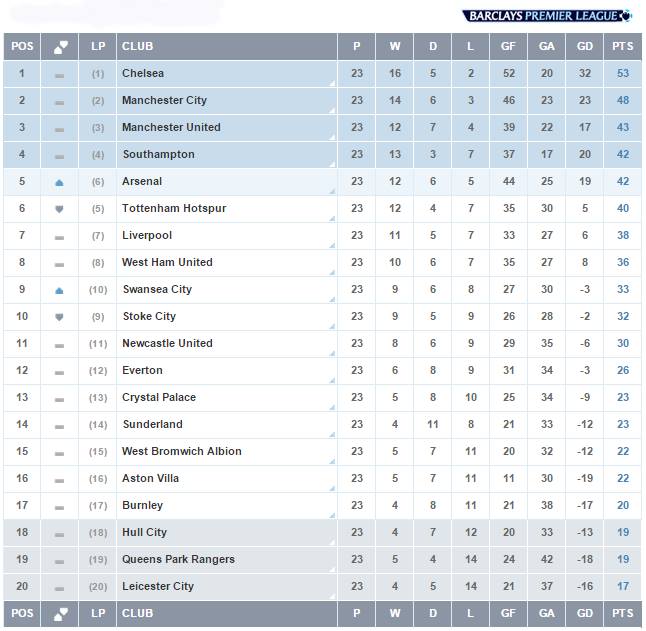