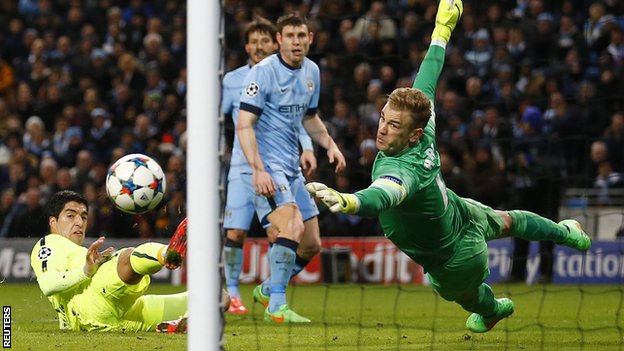 Making his return to England, Luis Suarez scored twice to lead Barcelona to a 2-1 win over 10-man Manchester City in the Champions League, putting the away side in a commanding position ahead of the second leg in Spain in the middle of March.

However, the tie likely would have been over if Lionel Messi hadn't missed an injury-time penalty -- or the rebound with the net gaping. Indeed, the rebound was one of the misses of the season from a man who has been crowned football's player of the year four times.

"Of course that gives us more chances to try to win in Barcelona," City manager Manuel Pellegrini, the former Real Madrid boss, told reporters. "3-1 is a very difficult score to try to reverse."

Tuesday's other tie hangs more in the balance, since Juventus takes a 2-1 lead into the second leg against 2013 finalist Borussia Dortmund.

Suarez hasn't duplicated his Liverpool form so far since leaving Merseyside for Barcelona in the off-season -- and perhaps that was inevitable since he isn't the star man with the Catalans and missed a portion of the campaign after his ban for biting -- but the Uruguayan engineered two fine finishes in the first half.

He tormented England, too, at the World Cup.

City, ousted by Barcelona in the round of 16 a year ago, replied through Messi's fellow Argentine, Sergio Aguero, in the second half.

And now Barcelona is on the verge of reaching the quarterfinals in European football's top club competition for the eighth straight time. Barring an unlikely rally, Man City, it seems, will have to wait to get to that stage for the first time even with Messi's gaffe.

Manchester City midfielder Samir Nasri claimed prior to the game that his side wasn't afraid of the four-time champion, though on this display, particularly in the first half, Pellegrini's men should have been.

Barcelona toyed with City in the opening 45 minutes, not showing any signs of a hangover after a loss to Malaga in La Liga that put the pressure back on manager and former Barcelona hero Luis Enrique.

Pellegrini opted for two strikers rather than use one and pad the midfield, and judging by the first half, the move backfired. He was also without influential midfielder Yaya Toure. Pellegrini would later say he had no regrets.

Martin Demechelis had to be alert with Messi hovering in the 11th minute, blocking his countryman's shot from inside the box.

It was an early warning sign -- and Barcelona didn't relent.

Fernando was caught in possession but Suarez couldn't take advantage in the 16th minute. In the 20th there was no mistake.

Vincent Kompany blocked an initial Suarez header, only to see the ball fall to the striker again. His low finish eluded Joe Hart.

Neymar -- the third member of Barcelona's triple attacking threat -- slipped in Suarez but Hart this time blocked his effort.

A creaking City further fell behind when Messi dazzled with a run and fed Jordi Alba, whose cross was met by Suarez in the 30th minute.

"With both goals, I'm so happy," Suarez told ITV.

A Messi toe poke almost made it three and Dani Alves struck the crossbar with a chip just before halftime.

"We pressed before the first goal and then we panicked," Hart told ITV.

The soft-spoken Pellegrini must have inspired his team with his halftime talk, as City looked a different outfit after the break.

"We regrouped in the second half," said Hart.

Edin Dzeko went close with two headers and Aguero's shot narrowly went wide from the edge of the box.

When Aguero finished from close range in the 69th minute, Barcelona appeared to be in trouble.

All the momentum fizzled, though, after defender Gael Clichy saw a second yellow for hacking down Alves.

City at least ended the affair on a high, Messi's poor penalty stopped by Hart and his header on the rebound incredibly going wide.

All three goals in Turin came in the first half.

Juventus -- the runaway leader in Serie A -- opened the scoring through former City striker Carlos Tevez's 13th-minute tap in. Marco Reus equalized five minutes later for Dortmund -- which had won three straight games in the Bundesliga to ease its relegation worries -- but Alvaro Morata netted the winner in the 42nd for the 'Old Lady' of Italian football.

The win didn't come without a cost to Juventus -- playmaker Andrea Pirlo left injured in the first half. 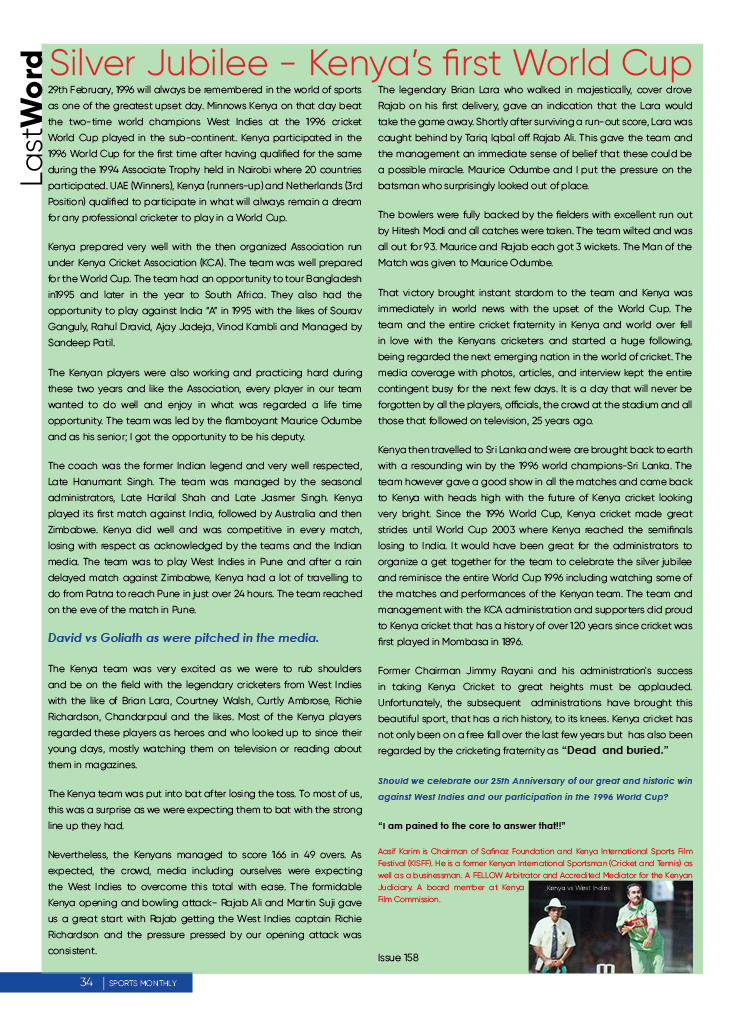