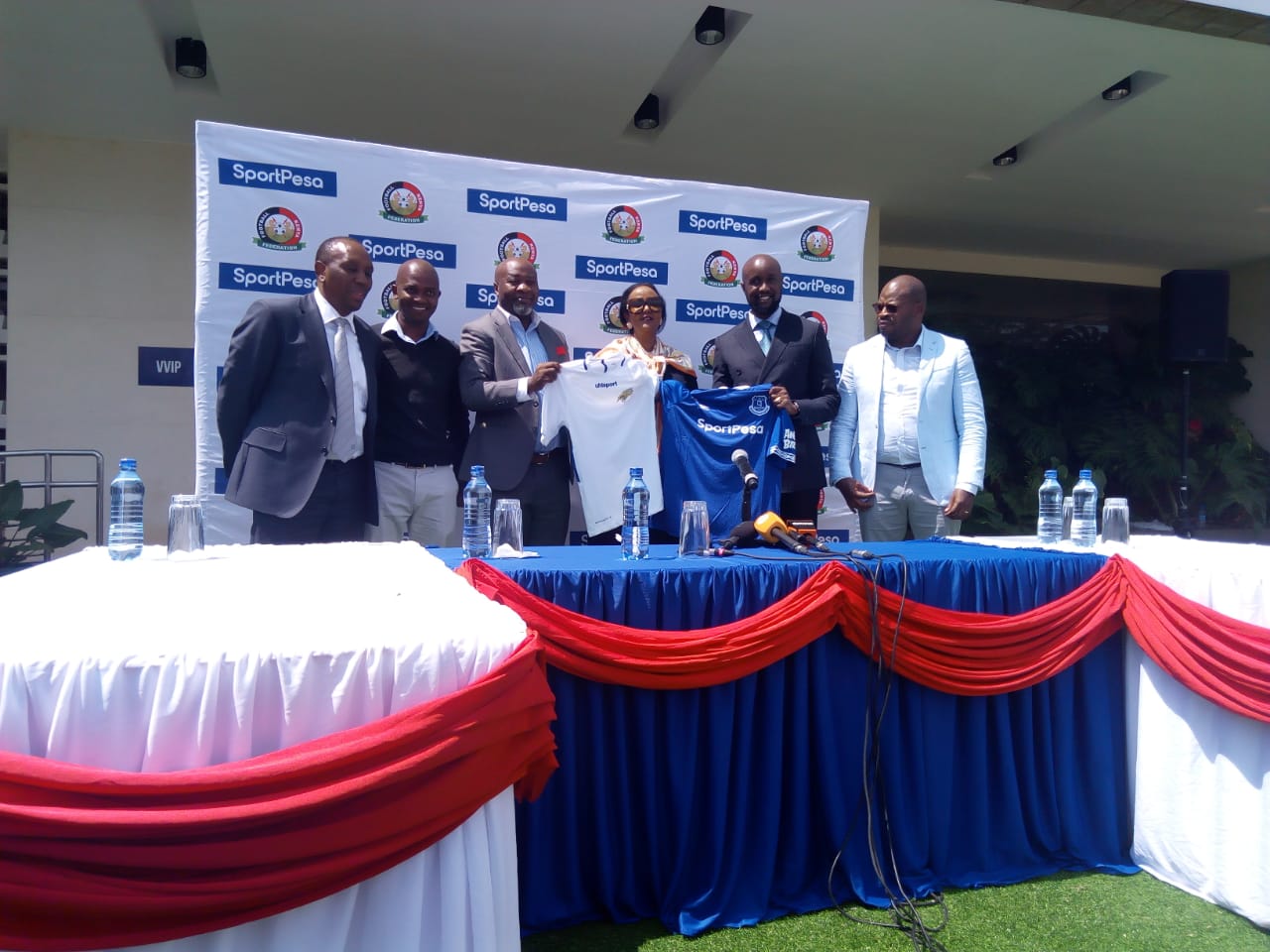 NAIROBI, 31, JULY, 2019.The Government of Kenya has affirmed support for the upcoming high profile crunch tie between Kenya’s new boys Kariobangi Sharks and English Premier league side Everton that is scheduled for July 7 at the Kasarani stadium.

Speaking today, Sports cabinet secretary Ambassador Amina Mohammed said that the Government through the Ministry of Sports and that of Tourism will work with Football Kenya Federation (FKF) and the sponsors SportPesa to see that the much-awaited high profile match was a success.

“The government appreciates the collaboration and partnerships with corporates that will help develop sports. We are in agreement with the key focus of SportPesa’s contract with Football Kenya Federation to ensure that the country develops as a footballing nation,” Noted Mohammed.

The 2019 SportPesa Cup winners Kariobangi Sharks FC will battle it out against nine-time English league winners Everton FC, during the side’s first visit to the country.

“The two ministries hopes to work with SportPesa and the FKF to make Everton’s maiden tour a success since such events have enormous economic and social benefits for the host country,” She added.

Everton first visited the continent in July 2017 when they beat Kenyan league winners Gor Mahia FC 2-1 in Dar es Saalam, with legend Wayne Rooney putting the Mersyside club infront before Jacques Tuyisenge canceled for Gor. Everton got a winner in the second half. Last year, Gor mahia suffered a 4-0 drubbing at the Goodison park.

“It is a privilege to arrange a landmark event where a talented Kenyan team gets the opportunity to go head to head with this top English team,” SportPesa Chief Executive Officer, Captain Ronald Karauri  said.

FKF President Nick Mwendwa noted that preparations for the match are in top gear, remarking that the game is a great opportunity to boost careers in local football as well as sports development in the country.

Kariobangi Sharks FC earned the right to host Everton, one of the most seasoned clubs in the EPL, after beating fellow SportPesa Premier League (SPL) side Bandari FC to win the SportPesa Cup in January this year.