Wimbledon cancelled due to coronavirus

The tournament was due to be played between 29 June and 12 July.

The entire grass-court season has been abandoned, and there will be no professional tennis anywhere in the world until at least 13 July.

Wimbledon is the latest major summer sporting event to be called off, with Euro 2020 and the Tokyo Olympics postponed for 12 months.

It follows the postponement of the French Open, which was due to begin in May but has been rescheduled to 20 September-4 October.

"This is a decision that we have not taken lightly, and we have done so with the highest regard for public health and the wellbeing of all those who come together to make Wimbledon happen," said Ian Hewitt, All England Lawn Tennis Club chairman.

"It has weighed heavily on our minds that the staging of the Championships has only been interrupted previously by World Wars but, following thorough and extensive consideration of all scenarios, we believe it is ultimately the right decision to cancel this year's Championships, and instead concentrate on how we can use the breadth of Wimbledon's resources to help those in our local communities and beyond.

"Our thoughts are with all those who have been and continue to be affected by these unprecedented times."

The All England Club did not need to make a decision before the end of April, but the writing has been on the wall for some time.

That is when on-site preparations would have had to begin in earnest: a forlorn hope given the current restrictions in place in the UK.

As was the thought that by the end of June, 40,000 people would be able to take their seats in packed stands, and jostle for the best vantage point in the narrow walkways bordering the outside courts.

The government's advice that large gatherings should not take place is aimed, in no small part, at relieving the pressure on the emergency services, which would otherwise be in attendance. It is undeniably optimistic to assume the demands on the health service will have returned to normal levels by mid-summer.

Swift cancellation should help reduce any losses that Wimbledon, and the LTA's series of grass-court events, might incur - but there is also the issue of perception.

The All England Club would not want to be seen to be pushing ahead with a sporting event as the death toll continues to rise and the country remains in the grip of the pandemic.

Sticking resolutely to a place on the calendar, only to cancel abruptly, or postponing by a few weeks before having to concede defeat, is messy. It is not the way Wimbledon does things. Better, instead, to face facts and plan to return with a flourish in 2021.

What about refunds and impact on finances?

The All England Club had the foresight to take out insurance policies which will shield them from eye-watering losses. They will therefore be able to refund ticket holders, broadcast partners and sponsors - a bill which, even according to conservative estimates, will top £200m.

The Lawn Tennis Association will also receive its 'annual surplus' of profits. The payment, which effectively funds British tennis' governing body for the year ahead, was more than £40m in 2018.

It is likely to fall, but should not leave an irreparable hole at the heart of the LTA's finances, especially as they have tens of millions of pounds in reserve.

But the LTA has lost over £12m in the past two years, and will also be hit by the loss of all of the summer grass-court events. Of those, only the Fever Tree Championships at Queen's Club actually returns a profit, but as they are not insured against cancellation, this year's losses will inevitably be greater.

But the biggest blow for British tennis is the loss of the best shop window of the year. No Queen's, Eastbourne or Wimbledon means no BBC TV exposure for the sport, and even if we are allowed to return to the courts, there is very unlikely to be the dramatic spike in participation usually seen in the months of June and July.

No-one is holding their breath for a resumption of the tour in Hamburg, Bastad, Bucharest and Lausanne on 13 July.

The Olympic tournament is already on hold; the prestigious events in Toronto and Montreal in the middle of August are said to be under threat; and the USTA has publicly floated the possibility of pushing back the US Open start date of 31 August.

There has even been talk behind the scenes of staging the US Open in Indian Wells, California, in December. But if you take the US Open out of New York and push it back three months, it won't be the US Open.

If professional tennis is able to resume, then the WTA in particular seems keen to make up for lost time and continue beyond the WTA Championships scheduled for the first week in November.

But the global nature of the sport, which requires players to cross continents with so much regularity, may yet make this debate an academic one as far as 2020 is concerned.

As the 2006 Wimbledon champion Amelie Mauresmo said on Twitter earlier this week: "I think we are going to have to draw a line under the 2020 tennis season.

"An international circuit = players of all nationalities, as well as coaches, spectators and those coming from all four corners of the world to bring these events to life.

Wimbledon cancelled due to coronavirus 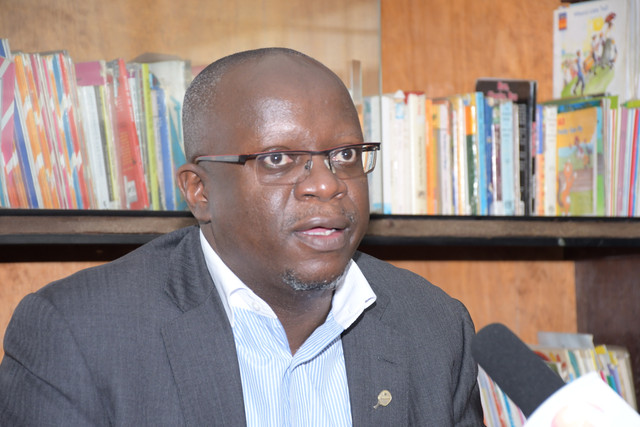