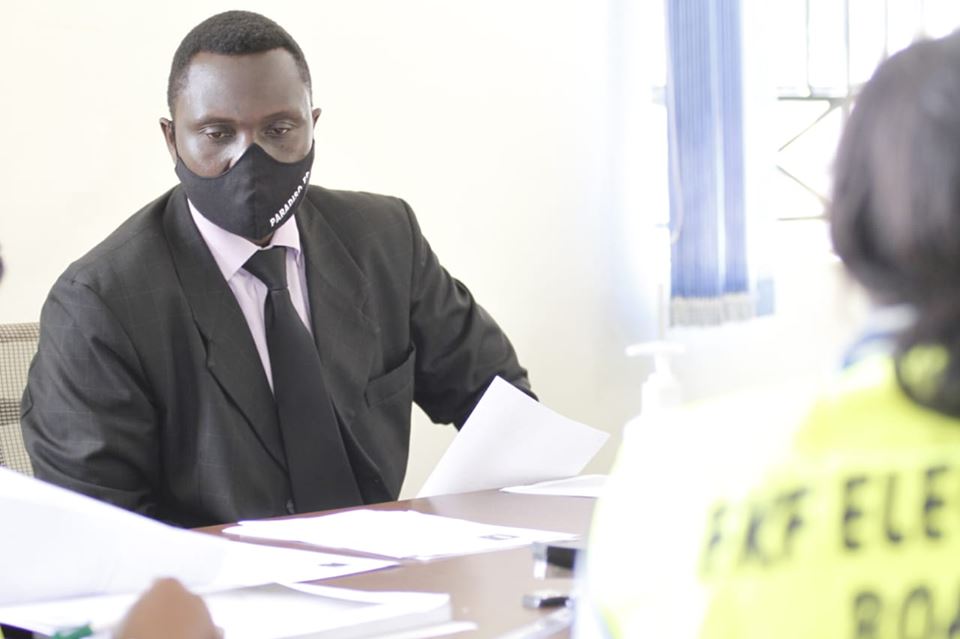 Nicholas Muyoti presenting his nomination papers for the forthcoming elections

Speaking while presenting his papers to the FKF Eletoral Board, Muyoti further reiterated his commitment to supporting Youth structures in the region if elected.

“Most of us have gone into coaching, but I believe leadership (in the Federation’s structures) is also an opportunity that we should also exploit. If we want change, then we must also be ready to present ourselves,” said coach Muyoti.

“I want to thank the Federation for what it has done in coaching education and I believe more can be done to involve former players in governance of football,” he added.

Coach Muyoti further expressed his confidence in the Board conducting a free and fair election.

“They are doing a splendid job. From the time I came in (to present my papers), they have been patient with me and supportive. The fact that I am here means that I believe they are able to deliver a credible election,” he said.

Muyoti led Homeboyz to second position in the 2019/20 Kenyan Premier League season that was cut short by the spread of the novel coronavirus and now believes he has what it takes to lead Busia county if elected.