Gaspo Women booked a slot in the FKF Women Premier League finals playoff after beating Vihiga Queens 5-4 in post-match penalties of their semifinal match played on Friday, June 25, 2021, at the Nakuru ASK Showgrounds.

Jentrix Shikangwa almost netted the lead goal for Vihiga Queens in the 8th minute but missed the target by inches. Her counterpart, Tereza Engesha made a delivery into the area in the 12th minute however it was cleared off.

Two minutes later, Elizabeth Wambui lead a counter attack for Gaspo but failed to hit the target, maintaining the scores at 0-0.

Another attempt from Jentrix Shikangwa in the 16th minute landed right at Judith Osimbo’s hands. Gaspo managed to get the lead In the 21st minute, following a bad foul done on Shery Angach in the spot, awarding them a penalty, that Corazone Aquino sent to the back of the net.

A counter attack steered by Tereza Engesha one minute later, saw the ball hit the crossbar. In the 28th minute however, Jentrix Shikangwa managed to head in the equalizer for Vihiga Queens from an awarded freekick, leading to the halftime scores closing at 1-1.

After the breather, Winnie Kanyotu in an attempt to regain the lead in the 50th minute shot the ball wide. In the 53rd minute, Sheryl Angach got a hold of the ball and skilled past the Vihiga Queens defense to pass the ball to Corazone Aquino in an attempt for goal, however, the attack was halted with the linesman raising his flag indicating an offside.

Ten minutes later, Vihiga Queens was reduced to ten women after their goalkeeper was sent off. Two minutes to stoppage time, Tereza Engesha almost nicked the winning goal had it not been for Gaspo’s Goalkeeper Judith Osimbo’s quick save.

With the scores closing at 1-1, the match was sent to penalties in which Judith Osimbo, saved Tereza Engesha’s penalty attempt giving Gaspo an upper hand. Corazone Aquino bagged the winning goal that saw Gaspo proceed to the league’s final playoff. 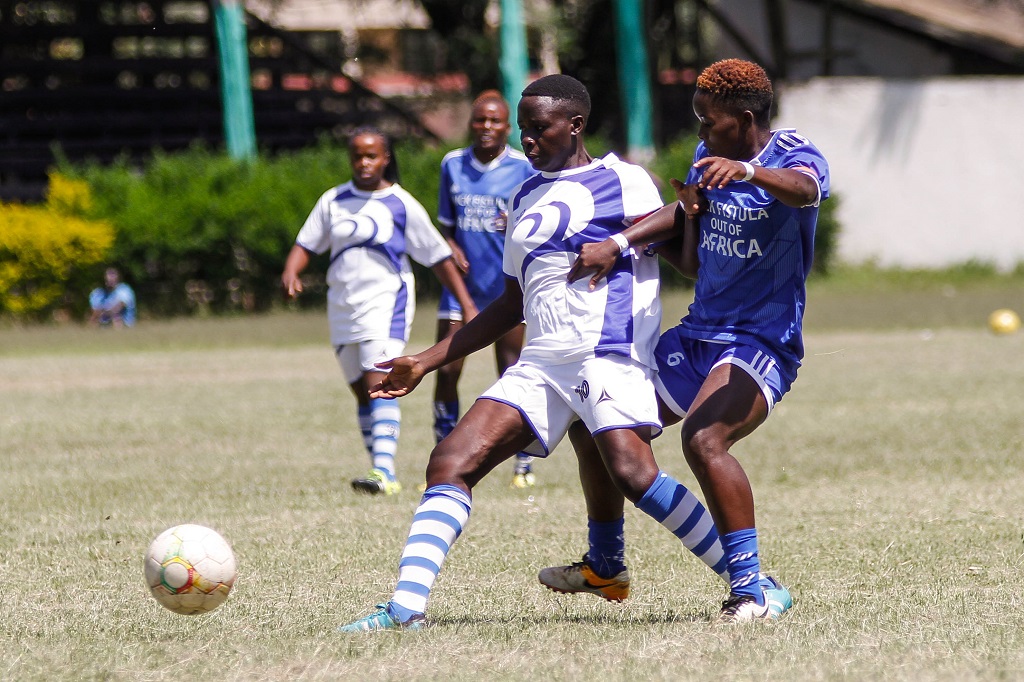